Eurama
This burnt out building ruin on the side of the south side of the Great Western Highway at Faulconbridge, was once a grand house with a tower, built for a wealthy businessman named Andrew McCulloch, in the early 1880s. The stone used in its construction was quarried nearby and the work was carried out by a well known local stonemason, Patrick (Paddy) Ryan. McCulloch furnished his country house using the exclusive Sydney firm of Lyon Cottier and Co. The property boasted a tennis court, flag-staff, landscaped gardens and an ornamental lake, made by damming a gully.

McCulloch named his new residence “Weemala”, an Aboriginal word said to mean “expansive view”, and spent the next few years developing the grounds. However, at the end of the 1880s, he began to experience financial difficulties and sold the property to J.W. Cliff in 1889.

When Cliff sold the property, then totaling about 113 acres in 1907, the new owner, a solicitor named George Evans, changed the name to “Eurama”, said to be a Greek word meaning much the same as the earlier Aboriginal one. Evans had also purchased the neighbouring house, “Numantia”, a wooden cottage adjacent to the railway line with its own rail platform, It had been built in 1877 by Sir James Martin, and to this he transferred the name “Weemala”. This has proved to be a source of great confusion and many people today still refer to “Eurama” as “Weemala”. 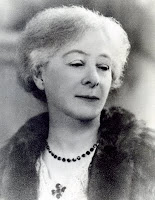 When George Evans died “Eurama” passed to his daughter, Mrs Emily Ethel McLaurin. It was later sold to Mrs Katherine Nathan in the 1920s and around 1930, to Mrs Daisy Brown. Following Mrs Brown’s death the building was left vacant for a time and suffered from some vandalism. Over the ensuing decades many owners had their dreams cut short. The Great Depression, the Great War, and other hard times, falling on the owners. In the early 1960s, the then owner, Mr Adams, set about restoring the decaying property. Restoration had been completed just prior to the disastrous bushfires of 1968. The fire consumed the house in all its grandeur and the building remains a ruin today.

As a postscript to the “Eurama” story, the Blue Mountains City Library was given permission by Mr. Watkins, the then owner, to stage an open air children’s adventure theatre performance among the ruins during the Bicentennial celebrations in 1988. With the ruins as a backdrop the property proved a most effective site for this project.

Numantia - Weemala
The site of "Numantia" later "Weemala", is now situated close to the rail line behind a high stone wall. The cottage originally on this site was erected about 1877 for Sir James Martin K.C.M.G. It was to be his country residence which he named "Numantia", the name being a region in Spain. It has been said that Sir James thought the countryside here similar to that of its Iberian namesake.

It was a wooden house set behind a high stone wall on land Sir James had acquired from Sir Henry Parkes, and it was his intention to build a huge mansion after he had built this small wooden cottage. The grand mansion never eventuated - the foundations only were laid. They were later removed  c.1914-18 and reused in the foundations for “Banool”, now “The Bungalow” on the corner of Martin Place at Linden.

In 1876 a railway platform was erected to service the well-to-do residents of the area. It became the Numantia Platform, but ceased operation in 1892 with the platform being removed in 1897.

In 1898 Adolphus Rogalsky purchased Numantia and it was he who changed the name to Weemala. This coincided with the name change for the other Weemala to Eurama.

The high stone wall of “Numantia”, later “Weemala”, still stands. The cottage was destroyed by bushfire in December 1977. Since then a new three bedroom brick veneer cottage has been erected behind the stone wall. 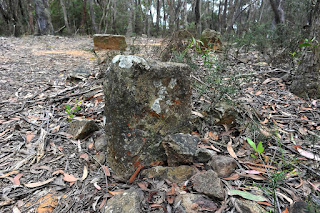