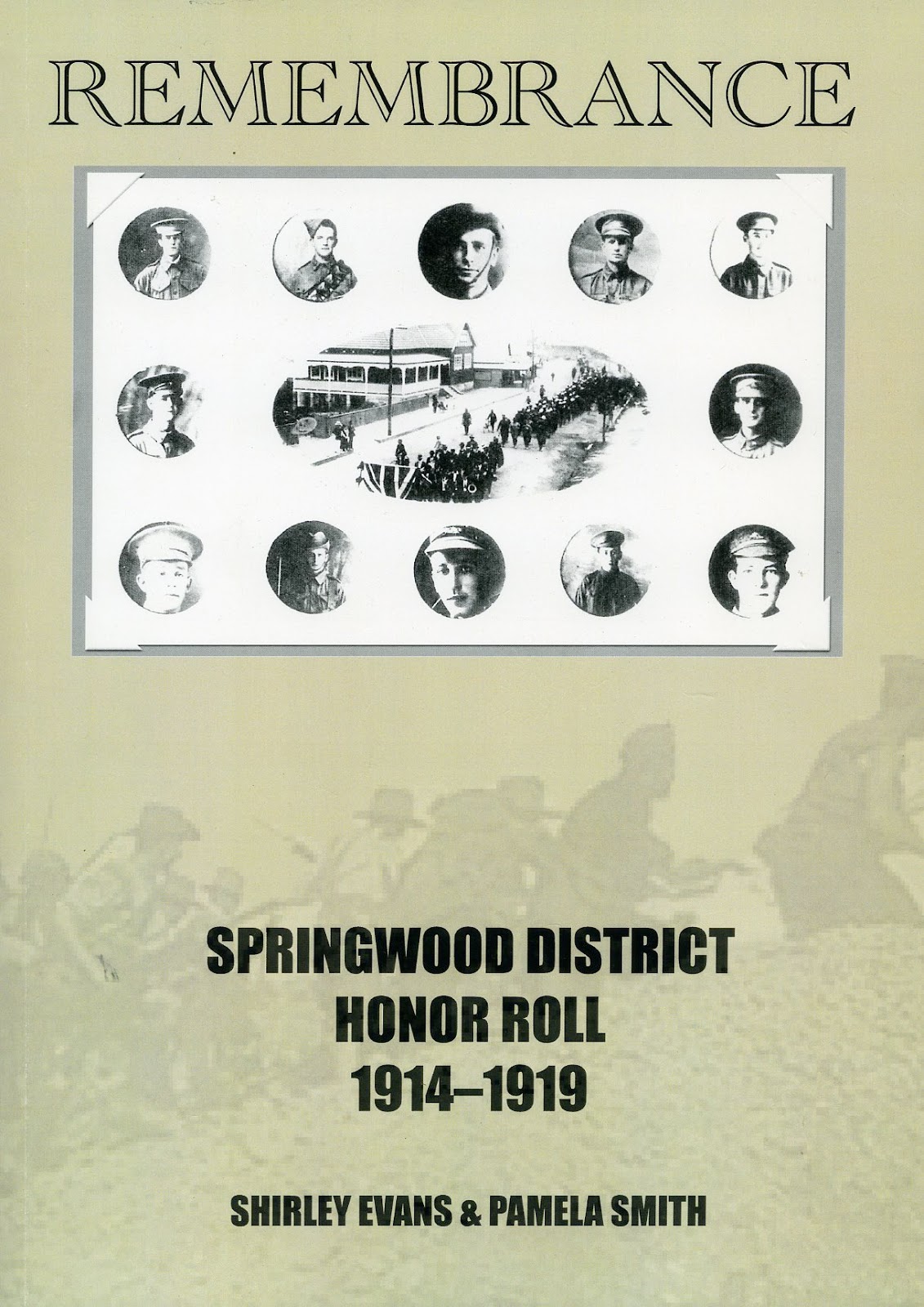 The official unveiling of the Board was performed on Anzac Day 1921, in the grounds of the where it was hung temporarily against a background of Flags of the Empire, with the Australian flag most prominent. It was intended to move it to a permanent position in the . More than 300 people assembled for the ceremony, which was performed by Cr Savage, President of the Blue Mountains Shire. He had been present at a memorial service at Katoomba the previous Sunday and had met Sir Charles Rosenthal who had said in his speech at that event:

Possibly you may not find some of the boys who come back all that you would like them to be, but you must be patient with them. You must remember the hell they have lived and fought through, and give them time to settle down — not one year, but many years — for some of the lads may never be as they once were.

Other speeches were made by Mr Hedley D. Meagher, the Rev. Kellett and the Rev. Father Brauer. School children, members of the Rifle Club, Red Cross members and private people placed wreaths at the foot of the board. One of the official guests at the unveiling was Cr Wall whose son, Private John Douglass Wall died at , in 1916. His name is not on the Roll. Hedley O’Meagher conducted the ceremony and other guests were the Governor, Sir Walter Davidson, Mr James Lawson and Mr Broughton. At the conclusion of the unveiling ceremony the trophy machine gun captured by the 5th Machine Gun Section was officially declared in position outside the , and its working was demonstrated by Sergt W. Hall, M.M. assisted by Gunner L. Mills. The disposition of the balance of funds raised is not known and the present whereabouts of the souvenir machine gun is also a mystery.

Ever since Australian troops scaled the heights of Gallipoli in 1915, war has played a major role in the way we see ourselves and the ‘digger’ has become for many the quintessential image of the typical Australian. We have also made the war memorial a prominent feature of our cultural landscape, present in just about every city, town and hamlet across the country. Some are on a grand scale while others are more modest and discreet in both design and location.

‘Honour boards’ fall into the second category, although ‘modest’ may misrepresent their importance. While they could be as elaborate as budget and imagination allowed, to many in the community they offered a more economical but no less respectful way to recognise wartime service and sacrifice. They were produced in vast numbers and can be found in public buildings, churches, sporting clubs, Masonic lodges and even commercial premises throughout Australia.
There are many honour boards in the Blue Mountains, containing hundreds of names that once struck deep and personal responses in the community. Inevitably, time has eroded this immediacy and most, if not all, of these names have become – well, just names!  To all but a few local and family historians these people have lost their identity. On memorial occasions they are honoured, not as individuals, but as a vague, abstract group.

This is why this present book is so important. The World War I Honor Roll preserved by the people of Springwood has been given new life and the historians responsible are to be commended. Their research has rescued the men recorded here from the creeping anonymity that would have been their fate and given them back to their community as individuals who lived and breathed their own special human uniqueness. It also places their enlistment and war-time experiences within the social context of the time. We get a glimpse into what the Springwood they came from was like.

These were men who like most of us lived ordinary lives and worked at ordinary jobs, but who were thrust by one of those moments of history into something extraordinary. But for a quirk of fate we too might have had to endure what they did. Some had exemplary military records, some found the discipline difficult to handle. Some survived unscathed physically, others were wounded and some were killed in action. But all of them were individuals, unique expressions of humanity. Think how much more meaningful Anzac Day ceremonies in Springwood will be when those participating have read this book!

This has been an important project and hopefully the work of these Springwood historians will be seen as a part of a wider community work-in-progress. What an achievement if, eventually, all the honour boards throughout the Blue Mountains were given the same re-birth!