For the early train travellers, rattling across the Emu Plains in the late 1860s and 1870s, the seven classical, white sandstone arches of the Knapsack Viaduct must have presented an inspiring sight with which to begin their ascent of the Blue Mountains. The construction of the viaduct, the like of which no native-born colonial had ever seen, reaffirmed their nineteenth century faith in Man's mastery of Nature, a faith which, in the colony's short history, had often seemed threatened by this range of mountains.

In order to avoid costly tunnels, the Engineer-in-Chief of the NSW Railways, John Whitton, proposed the construction of zigzags on both the eastern and western flanks of the Blue Mountains, known as the Lithgow or Great Zig Zag and the Lapstone or Little Zig Zag respectively. In Whitton's words, the bridge 'consisted of five spans of fifty feet and two of twenty feet each, built in masonry . . . for a single line of railway on an incline of 1 in 30'.

The contract for construction was let to W. Watkins in March 1863, and the work was completed in 1865. The bridge was constructed of sandstone quarried in the neighbourhood, and carried a single rail line. The construction work brought hundreds of people to Lapstone, and later, employees of the railways to service it. The construction workers camped near their work sites, often with their families. The seven arched viaduct at Lapstone was hailed as a landmark of Australian engineering and the finest piece of masonry in New South Wales when it opened in 1867.

When the line was opened to traffic from Penrith to Bowenfels in October 1869, ease of travel by the new railway almost immediately began to broaden the public perceptions of the value and worth of the Blue Mountains. When the western line was extended to Bathurst in 1876, a new period of settlement and tourism was already underway. The track included a now abandoned station called Lucasville which was built for the Minister for Mines, John Lucas who had a holiday home nearby.

The Railway Guide of New South Wales, 1879 described the journey toward the viaduct from Penrith, and then the structure itself, rather more romantically, 'the Railway may be seen winding upwards - past huge rocks and steep declivities, alternating with dense woods; the noble viaduct across Knapsack Gully being hence already distinguishable . . . You have by this time arrived at the Knapsack Gully Viaduct - boldly erected across a steep and stony gorge by the genius of the Engineer in Chief, John Whitton. This admirable and imposing structure (which Imperial Rome . . . might have been proud to claim) consists of seven successive arches'. Nell Aston in 1988 imagined the view from the train as it crossed the Knapsack Viaduct before ascending the Zig Zag writing, 'it must have seemed like flying'.

Nevertheless, in the years that followed, the railway landscape on the eastern escarpment underwent significant modification and the place of the viaduct in the scheme of things was destined to change. By the turn of the nineteenth century the increase in the volume of freight on the western line and the restrictions on the length of trains imposed by the Zigzag meant it had become uneconomical and Whitton’s masterpiece was gradually replaced by tunnels and deviations and the Lapstone viaduct was abandoned. The Zig-Zag itself was replaced in the early 1890s by a tunnel through the ridge over which it had allowed access. While this first deviation did not affect the role of the viaduct, such was not the case twenty years later when a second deviation, of considerably greater magnitude, was constructed through Glenbrook Gorge.

In 1891 the artist Arthur Streeton visited the Lapstone Hill tunnel site and painted his famous picture ‘Fires On’. The painting captures a critical moment during the construction of the railway line: the death of a railway worker in an explosion. 'Fire's on' was the warning call before the blast, as the gang dynamited the tunnel through the hillside.

Opened in 1913, the new route represented a dramatic change and included a new viaduct over Knapsack Gully, lower down than the original it replaced. Only seventy-five feet above the creek bed, this second viaduct was on a curve and built of brick. With its phasing out as a part of the rail route over the Blue Mountains the old nineteenth century Knapsack Viaduct was, however, soon to find a new role as part of a very twentieth century system of transportation.

The advent of the motor car focused attention upon the condition of many of the State's roads including the Main Western Road up Mitchell's Pass. A more suitable route was sought and, in October 1926, the viaduct was taken over by the Department of Main Roads and incorporated into the route of the Great Western Highway, and in response to increasing traffic the road deck was widened to 30 feet (9.1m) in 1939. With the opening of the M4 motorway extension in 1993 the viaduct was closed to traffic completely and developed of a tourism and heritage precinct commenced. In 1995 the bridge was reopened for pedestrian access, along with the John Whitton Memorial Reserve, by Member for Macquarie, Maggie Deahm.
For those willing to pause from their travels for a time, a walking track winds down from the old Lucasville Station, through the arches of the viaduct to the floor of the gully, across Knapsack Creek and up the opposite slope to Elizabeth Lookout. From this track visitors can observe closely the graceful, arched contours of the viaduct and discern the solid nature of its construction which so impressed our colonial forebears. Despite being overshadowed later by its grander cousins on the western flank of the mountains, the Knapsack Viaduct was one of the early achievements that helped to encourage the fledgling Australian self-confidence.

Dimensions
Length of each of the 5 main spans: 15.2m
Smaller spans at each end: 6.1m
Maximum pier height from deck to rock: 40m 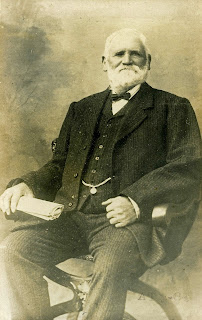